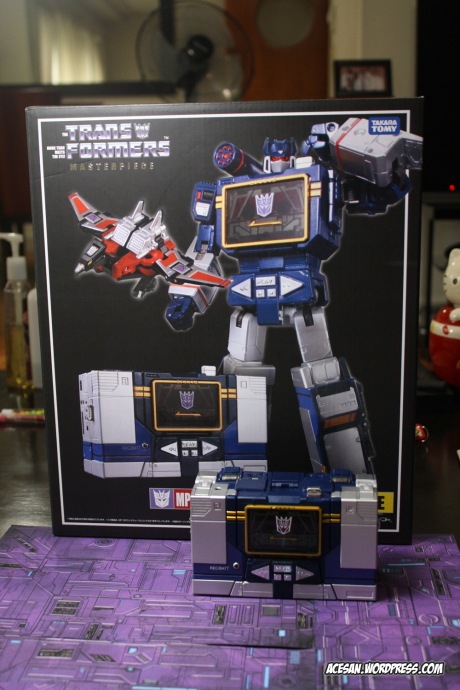 To celebrate the end of my hiatus from reviews, I’ll do a figure I have been waiting a while to get! Transformers Masterpiece 13 Soundwave!

Anyways, got this from “Patrick’s Toys” in Greenhills yesterday (Philippines – yes I’ve been here 4 years now!). Had it pre-ordered as soon as I saw it on the nice lady owner’s list. She texted me to say it was there and boom! Straight after work and a quick drive later I had it in my hands…

What I got with it: 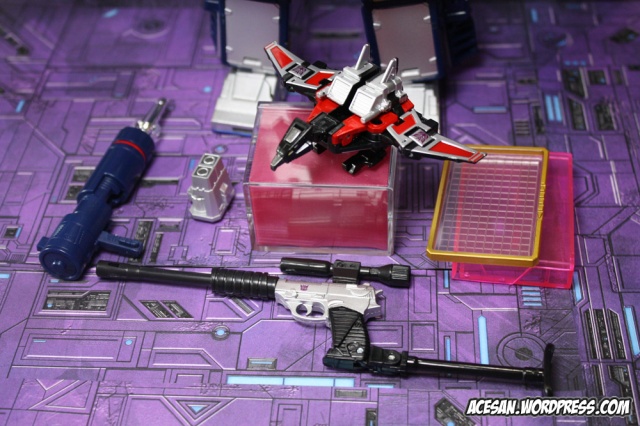 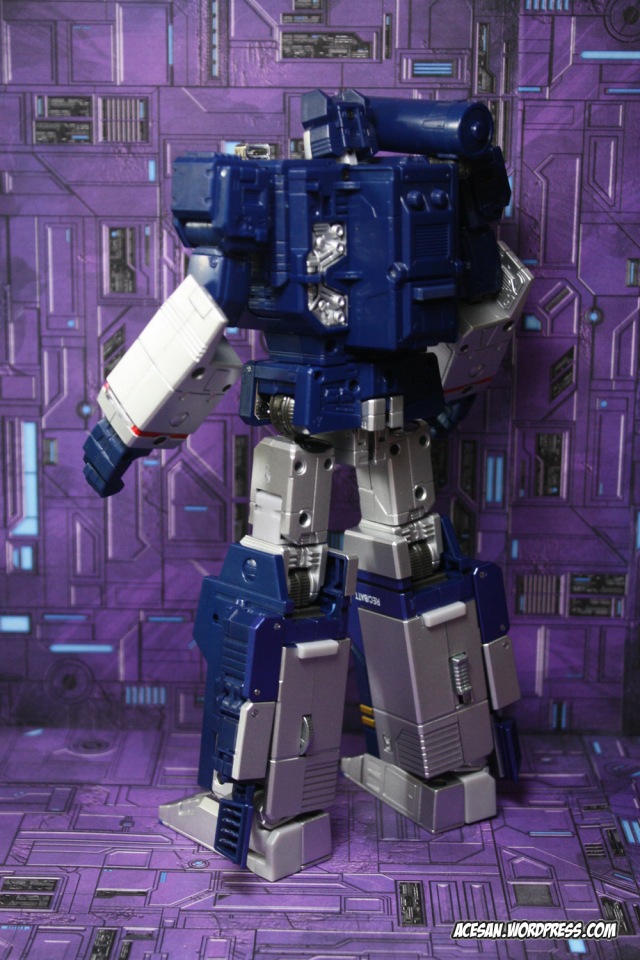 No kibble at the back. The again, the original G1 didn’t either.

Soundwave can press his own Eject button! And who’s that inside?

No, not an Alien chest burster – Laserbeak!

Laserbeak MP is a bit smaller than the G1, but is MUCH more detailed, cartoon accurate, and his weapons transform out of him. 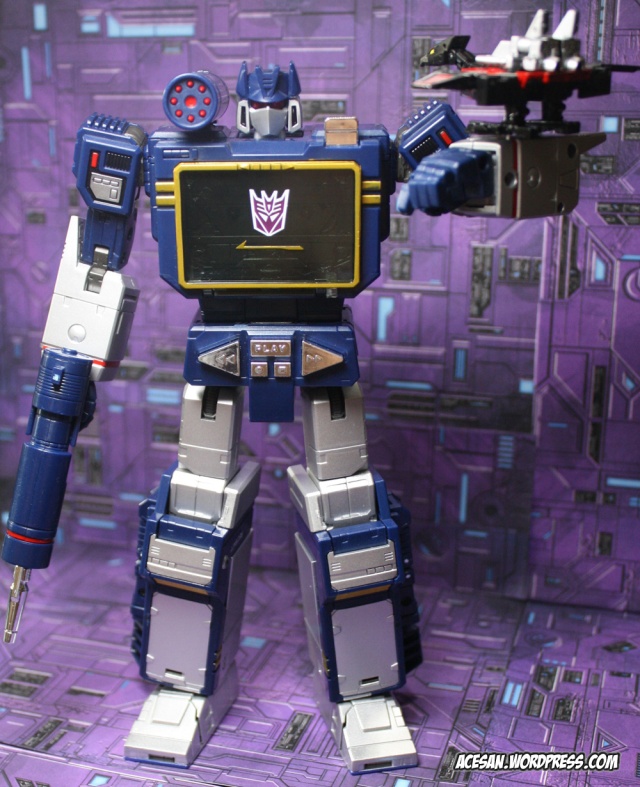 Forgot to reference with other Masterpieces but he is a bit taller than MP Starscream.

Laserbeak can attach at hardpoints on the wrist and the shoulder. No more relying on gravity like with the G1. 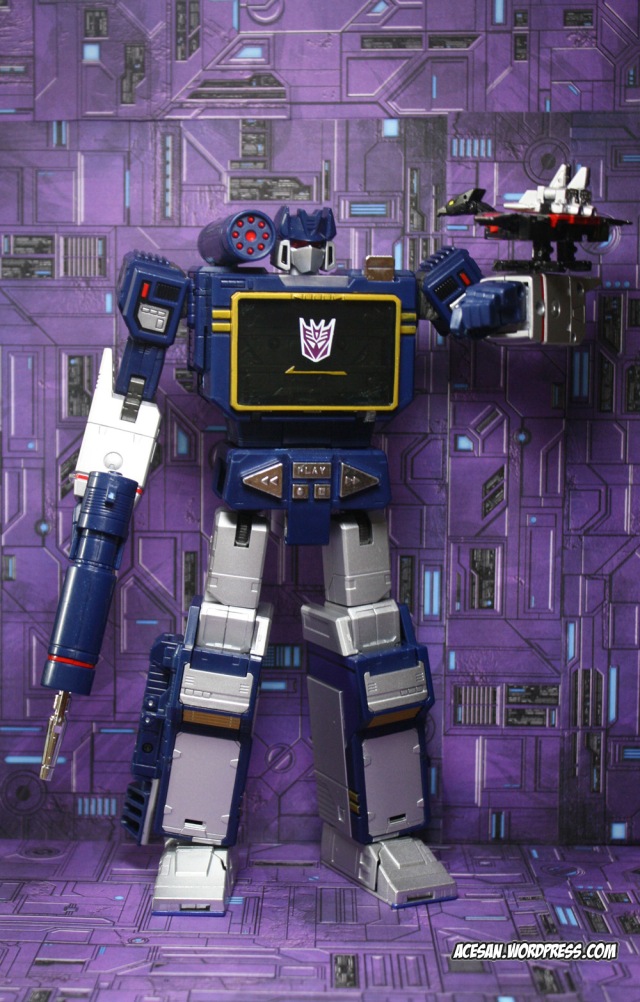 It’s like it stepped out of the cartoon! Didn’t think they could improve on the G1 which was already a great toy, but Takara surprised everyone. 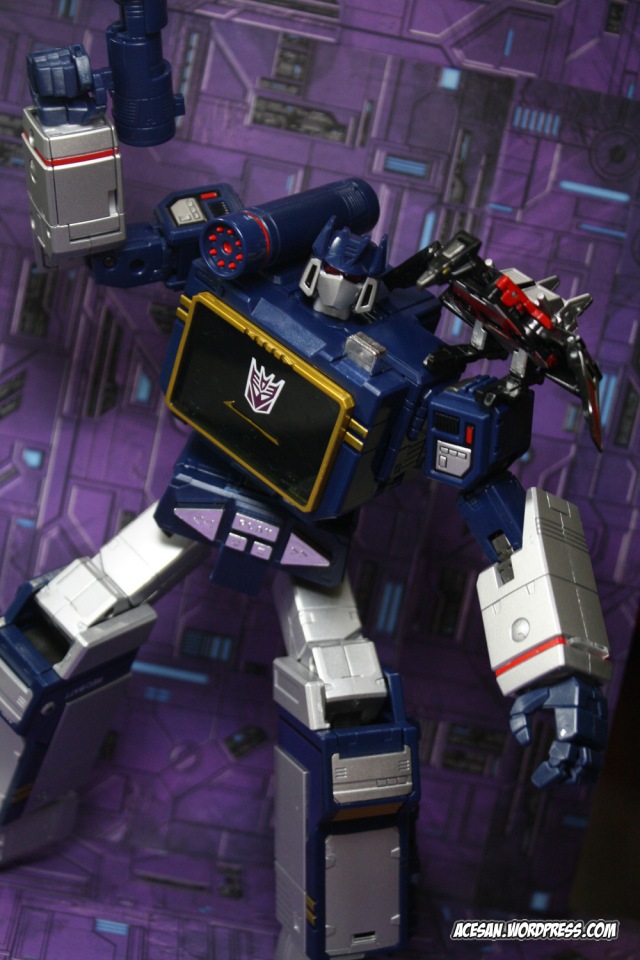 I suck at posing so don’t mind the wonky pics 😛 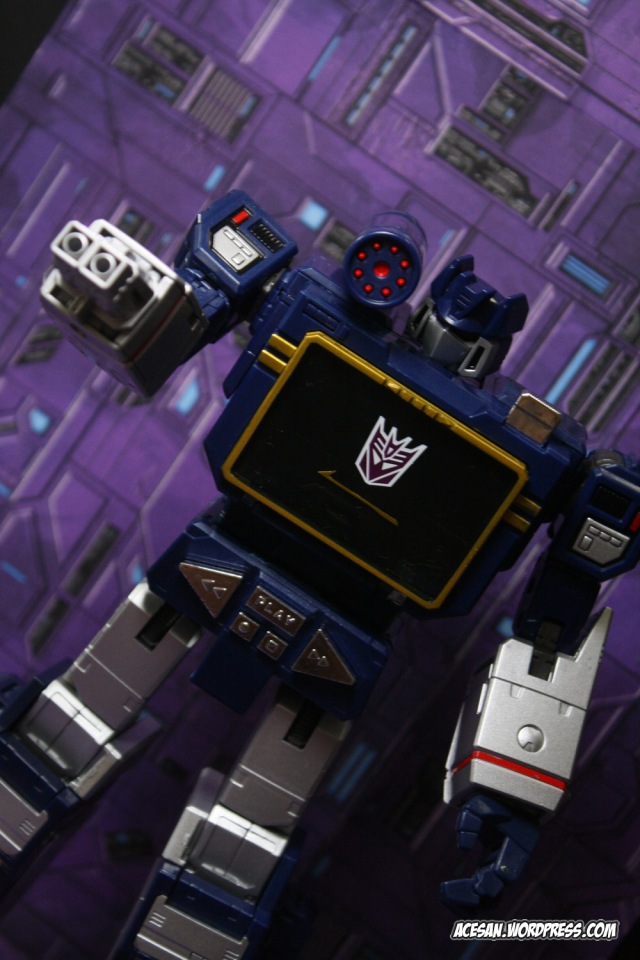 This is the hand connector thingy doodad. I think he used it in 1 episode to link up with some computer.

Megatron Gun. You don’t have to split the handle to extend it, it already fits perfectly.

You can recreate scenes of Soundwave making energon cubes. You can get the paper craft to insert inside the clear cube here:

Transformed to Microcassette Recorder Mode. It’s a bit thicker than the G1 version but is cartoon accurate. 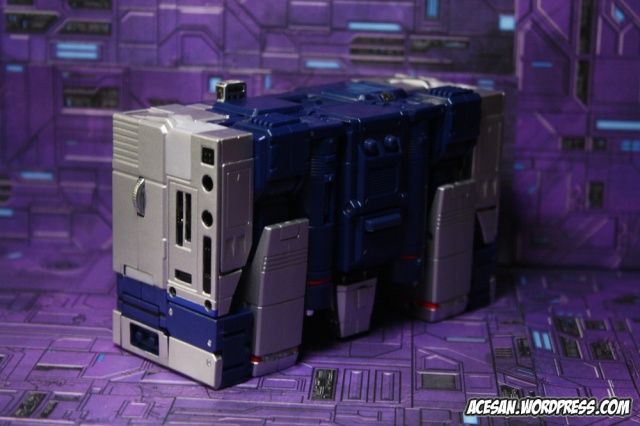 Only problem is that there is a bit of a hollow area in the back ass area of the cassetter recorder mode. You can store the hand connector thingy here but its still hollow. Not too much of an issue for me, but shows that the G1 is still awesome because it doesn’t have this problem.

Soundwave can of course store and interact with his cassettes in this mode. One thing I forgot to mention is that Soundwave can store i think (4?) cassettes? It has a nice gimmick where the inside of his chest has a spring locking expansion wall. The release button is at the rear of the figure and can be pressed in robot or alt modes.

Anyway, that’s about it for this review! I have to give this figure a 9.9 out of 10! It loses tiny bit  because of the hollow ass area.

As a bonus, I’ll include the full size naughty pics that Megatron was looking at in my 4Koma – and a few more. Enjoy!!! 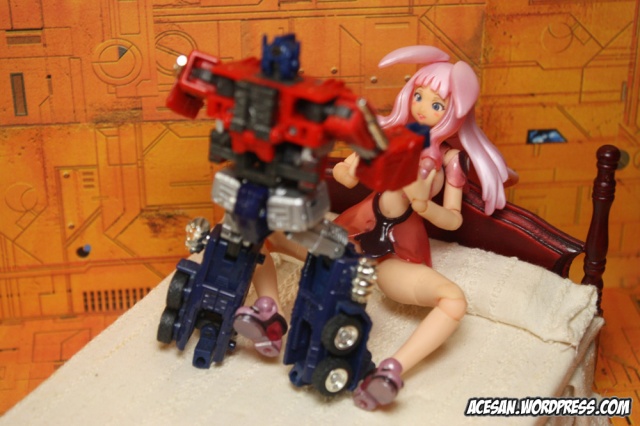 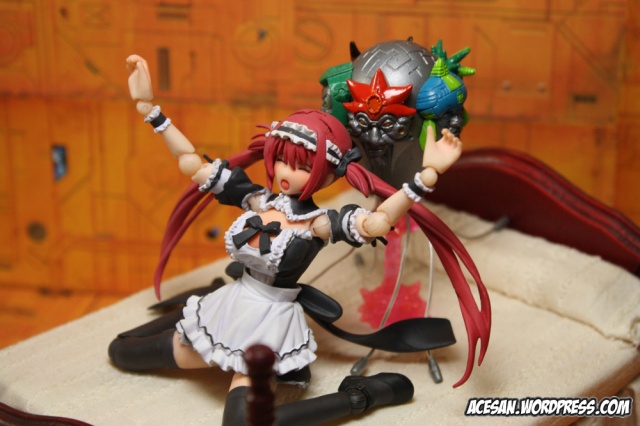